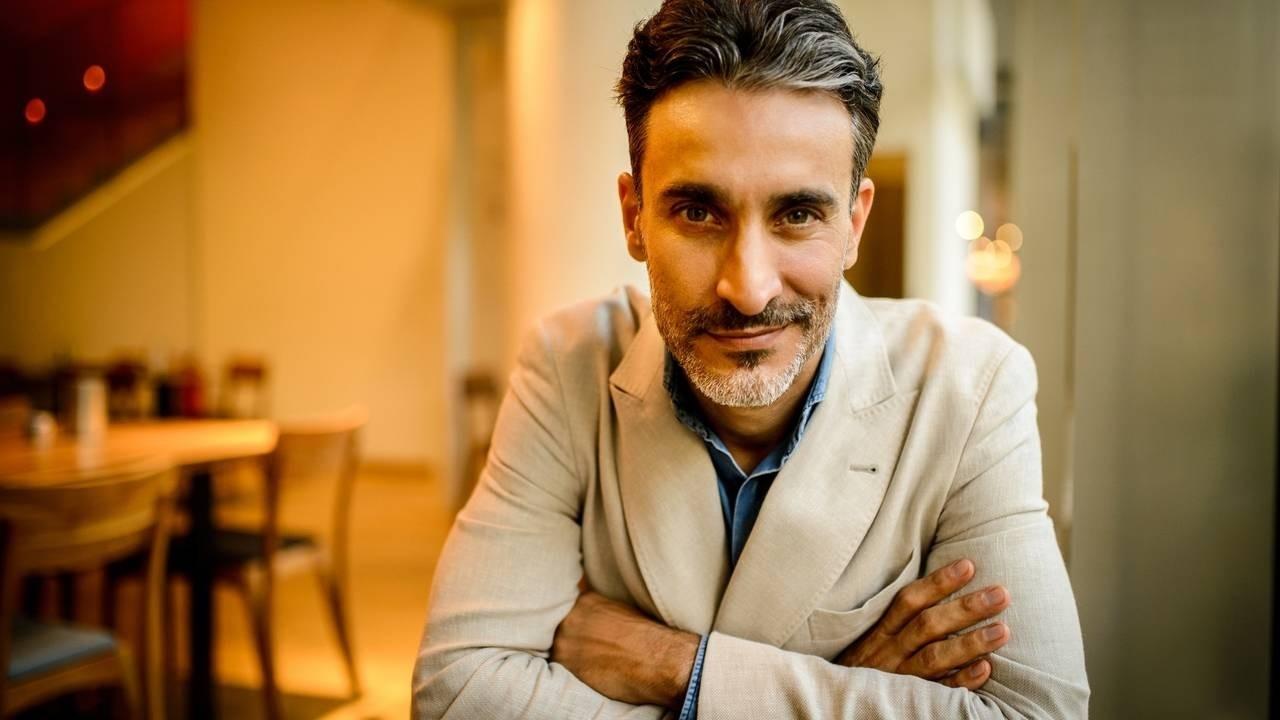 What is intermittent erectile dysfunction?

Intermittent ED is often an indicator that full-blown Erectile Dysfunction is on its way.

Full-blown ED can be prevented by taking intermittent ED seriously and being proactive which is exactly what Eli did.

Eli is a perfectly healthy 45-year-old executive who was having intermittent ED. He didn’t want to use pills so he chose my Holistic Erectile Dysfunction Treatment.

Here is an interview I did with Eli post-treatment. We cover the highlights of his journey from intermittent ED, marriage problems that surfaced, and how it feels to be fully functioning again.

Shari: When we first spoke you considered yourself to be pretty healthy, yet you were experiencing some ED and you said that you didn't like pills and pills from doctors rarely solve a problem and you like to hit a problem at its core.

Shari: When we of talked about the ED scale and a scale from 1 to 10, you had said that you were like a 5 to 6, so obviously that presented some issues. You said that sometimes everything works and sometimes it doesn't. Sometimes you lose it during intercourse or sometimes you lose it early in foreplay, so basically it was intermittent. Your wife didn't really think anything was a problem because you satisfied her but you wanted to feel how you used to feel. Also, some things came to the surface with your marriage shortly after starting the program. So how was it then and how is it now?

Eli: Yeah, I mean to cover the first part of that commentary, I said I was a 5 or 6 but there were days where it felt like it didn't exist like my penis just didn't exist. It just had no life to it. And I remember you asked me, “What do you mean by that?” And I was surprised that you asked that, I guess I thought other guys would talk about it. Like we should feel its presence,  we should feel it's there, we should feel a certain core strength. It's not a hard-on. And it doesn't show through your pants but it has a certain energy. And I didn't feel it, it felt lifeless. And I knew that something was out of alignment. A lot of things were probably out of alignment.

And my physical being was okay, there were little things about it that interfered with a completely healthy lifestyle and we were able to identify that. And then clearly there were a lot of relationship issues with my wife that I hadn't really crystallized until going through this – it kind of all came to the surface and I was able to see more clearly. You can't evaluate and fix something you don't see, right? So I evaluated what you helped me identify and then figured out how to address it with my wife.

What was interesting about your program is it brought to the surface things that I had not identified as issues: physical, mental and relationship that interfered with my energy flow. And what's a hard-on? A hard-on is the right energy flow, right? Because what is it? It's a core of life, that's where life happens.

Shari: I knew you would have deep answers. That's why I like working with you.

Eli: Does any of that make sense?

Shari: Now I want to review highlights from my notes, starting at week 3 you said your penis is more awake and throbbing, it feels like its nerve endings are throbbing and more robust.

Eli: Yeah. It felt alive. This is the only way I can describe it like... freaking A... I like to feel like a man. And before it just didn't feel alive.

Shari:  And then when you did have an ejaculation you said it was a really healthy released orgasm. It had more intensity to it and it felt good and it had not felt like that in a long a time. So would you say there was more potency to it?

Eli: Yeah, there is more potency. I think one of the things I learned is – how do I put this? – I know what I want to say. So what I learned was you can't release what you don't have.

Eli: Yeah. You can't spend what you don't have. And when we are in our 20's and early 30's we waste it because it just appears. But once we hit our 40's we have to learn new tools to navigate through these changes.

Shari: And on week 7 you said your system feels calmer. You said, “I'm not sure how to describe it but it just feels calmer.”

Eli: I think it was the breathing techniques – the breathing, the diet tweaks. I thought I had a good diet. I thought I was as eating as good as a man could. But you identified and addressed some issues that took me to the next level.

Shari:  Okay. And then I think also week 7, you said “holy cow”. 7s, 8s, and 9s. Woke up early and the wood was absolutely beautiful steel hard 9. So just for you as a man can you say what it feels like for you to wake up with firm morning wood?

Eli: Let me think about that,  that was 2 days after we started your “bump up protocol.”

Shari:  Yeah, we did a “bump up” but you had already been consistently waking up with healthy morning wood. I mean looking at my chart, you started out with 2s and 4s and now you're consistently 7s and 8s. So even if we're not talking about that 9, if you could just say what it feels like to wake up seeing that again or feeling that again.

Shari:  Stood taller is great. It's like literally if you stop at “it stood taller” you'd be fine. I really get that.

Eli: Yeah, I stood taller. And obviously standing taller means there was a confidence there, right? There was... For men this kind of sounds weird but for men that want to be men, not what I call idiots in khakis but for men that want to be men, that's what it felt like. Men should not be soft and men should not be weak. Men should feel their muscles and men should feel some core strength. And I think for a man their penis is a muscle, right? It's a muscle. And if it cannot flex, if it cannot throb, if it cannot stand tall and firm, what use are the rest of your muscles?

Shari:  Okay. Yeah, I know that. That's great. Not so long ago you sent me an e-mail saying that I was a good coach and it did make me tear up. What inspired you to say that?

Eli: A lot of things. So I would say, Shari, does not fuck around! I would say you cut to the chase. You cut to the chase and you are very focused on the individual. This is not routine memorization of X, Y, and Z. It was discovering me as a person, taking the knowledge – your approach was understanding the person that came to you for guidance and taking your knowledge and figuring out, determining how to incorporate that knowledge into the individual, recognizing that every individual is different. And that some of what you know may not work for person A but it may work for person B.

And I picked up on that because I am an executive myself. I recognize that different people have different strengths and what works with one person may not work with another person. And so you have to take your executive knowledge of leadership and coaching and adjust it to the person you're coaching or leading. And I could see that in you with your line of work. And as a leader and as leaders by nature, coaches in the executive world,  I could see that you do that for those that you lead. Because this session, this coming together you are leading, you're leading us through because you have knowledge we don't have and so we have to follow you. And following you works because before you ask us to follow you, you try to understand us.

Shari:  Alright. Thank you. That's good feedback for me to hear, too. Do you feel like you're leaving with tools and teachings to prevent ED from coming up again?

Eli: Yeah. Which is what I like. So I guess to kind of round it out, I came to you because I did not want pills. I did not feel pills address a problem. Pills to me are an anesthetic that masks a problem and I didn't want that. And after 12 weeks I feel like I have a system of health and balance that I could carry with me for the rest of my life and work on from time to time as I see or feel a need.

P.S. Sign up for my FREE Proven 5-Step Formula for Overcoming Erectile Dysfunction Naturally - without pills, their side-effects or expensive treatments HERE. 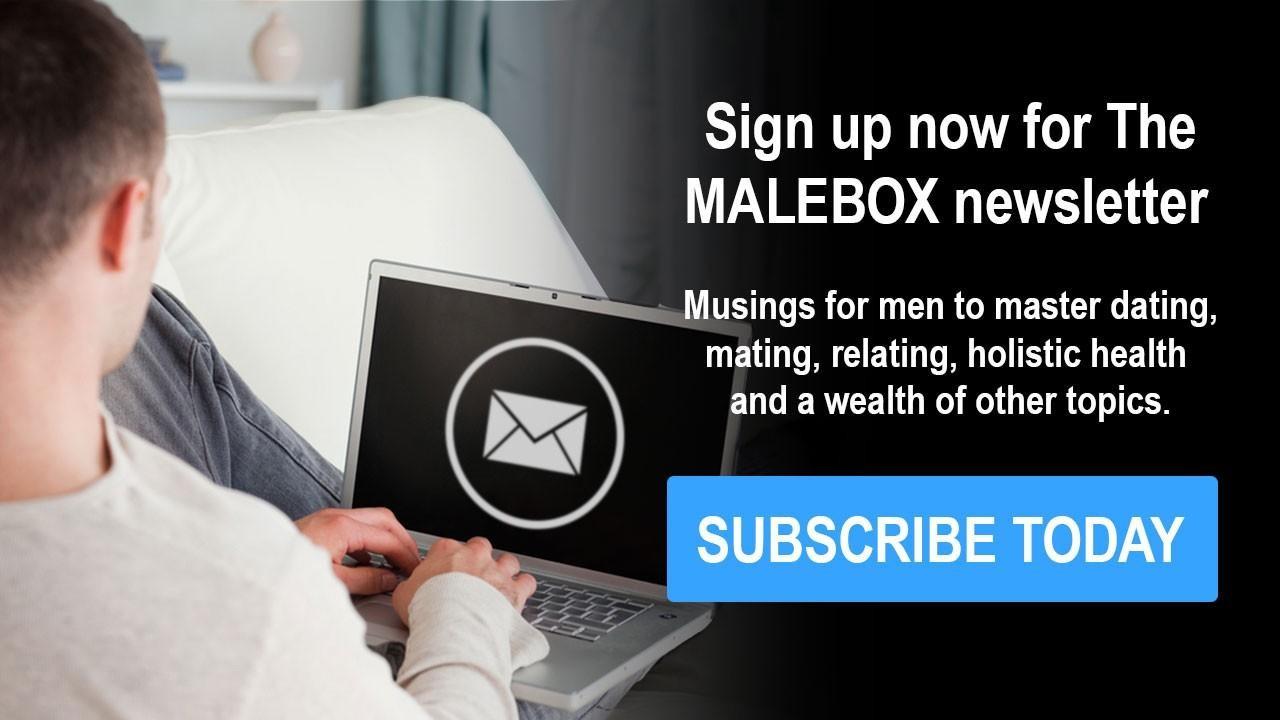